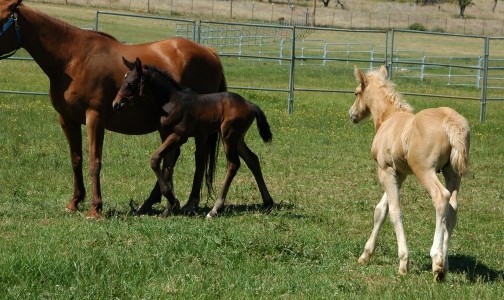 Mares and foals require a little extra care. Having a foal is probably one of the best things about owning horses. They are so much fun. Before the foals are born and after they are weaned there is not a big difference in the housing of them, but that great time when the foal is being born and the several weeks after that, there are some things to consider when housing them.

Mares can foal in a variety of places. The best ones being either a nice grassy paddock or a birthing stall. The paddock should be grassy and not empty dirt. They dirt will stick to the wet foal, get in its nose and can cause problems for the foal and the mare. It should be fenced with good fencing. Not electric type because the foal can get tangled up and may run right into it. If you want your mare to foal in the stall it should be well bedded down with straw. The straw is clean and it helps keep the pee away from the foal. The foal will not breath it in as easily as shavings. After a week and a half or so, shavings should be fine for the foal and mare. 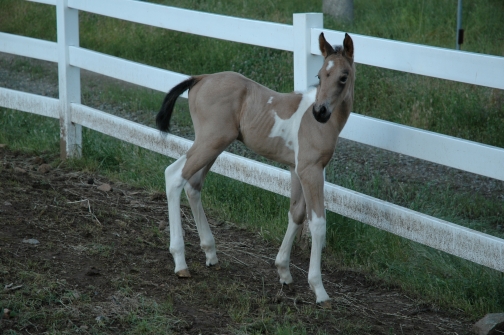 The stall should be bigger than normal stalls. At a minimum it should be 14’ by 14.’ If the stall is too small, then the mare will feel cramped and when she is moving around during birth she may crash her foal into the wall because it is too small. It should also be clear of any spaces in the boards or nails sticking out. Foals tend to move around a lot and may crash into a wall and get a hoof stuck in it if there are a lot of gaps. One trick to help see if the stall is ready for the new foal is to get down on your hands and knees. This new vantage point will help you see some things that may not be good.

The mare should be moved into the birthing place two to three weeks prior to giving birth so that she is acclimated to the area. Her exposer to other horses should be limited to other brood mares. She could pick up bad viruses from horses that are traveling off the farm and new additions to the farm. After the foal is born it is good to keep them in the stall for a day or two. This lets the foal get her land legs and the mare to recoup from the birth. They can then be let out into a paddock with good fencing. 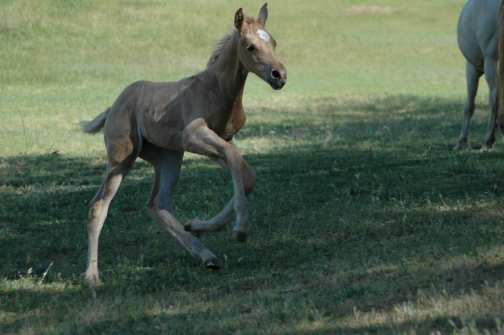 The fencing can be pipe fence that has its pipes close together, clean wood with no pealing paint or nails that are sticking out, horse no climb, or even vinyl fence. The new foal does not know its boundaries and will often run head long into the fence. The foals learn quickly that they can’t run through the fence. The foals should be kept away from the traveling and new horses for at least a month or more. This will help keep them safe from diseases. After a week or so the new foal and her mom can go out into a nice grassy pasture. They should not be allowed to go into a pond or in a pasture with a lot of low hanging trees. If the mares get along they can be placed together in the foal pasture. This lets the foals get socialized and play together. Foals are great fun and having one can be very rewarding. There is not a lot of extra work as far as the housing of a foal goes. They just need a safe, hazard free place to start their life.